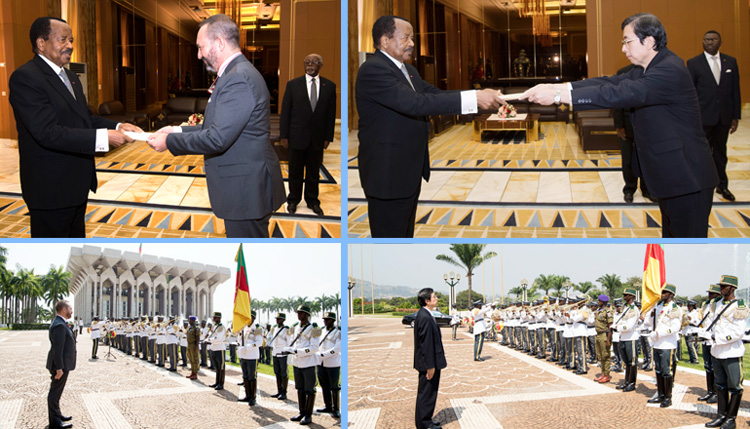 The President of the Republic, His Excellency Paul BIYA has received two letters of credence from the ambassadors of the Kingdom of Spain and the State of Japan. H.E. Ramon Maria Moreno Gonzalez and H.E. Tsutomu Osawa presented their credentials to the Head of State on 14 December 2018 in a colourful ceremony organised at the Unity Palace. 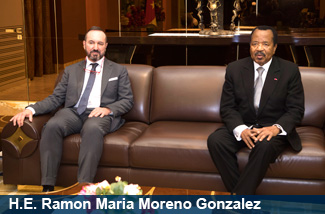 Both diplomats were given military honours on their arrival and departure by a special regiment of the presidential guard. As usual, the national anthem of Cameroon was played before they entered the tower of the Unity Palace, while their respective national anthems closed the event.

President Paul BIYA held separate in-camera audiences with the new ambassadors after they handed over their diplomatic credentials. 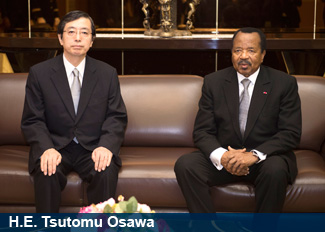 Ambassador Ramon Maria Moreno Gonzalez is a 57-year-old diplomat who started his career in 1998. He has served the Kingdom of Spain in Mozambique, Nicaragua, Italy, the Holy See, and India.

The new Japanese ambassador – H.E. Tsutomu Osawa was born on 10 February 1957. This alumnus of the University of Tokyo has worked in Hong Kong, South Korea, the United States of America, Austria, and China.