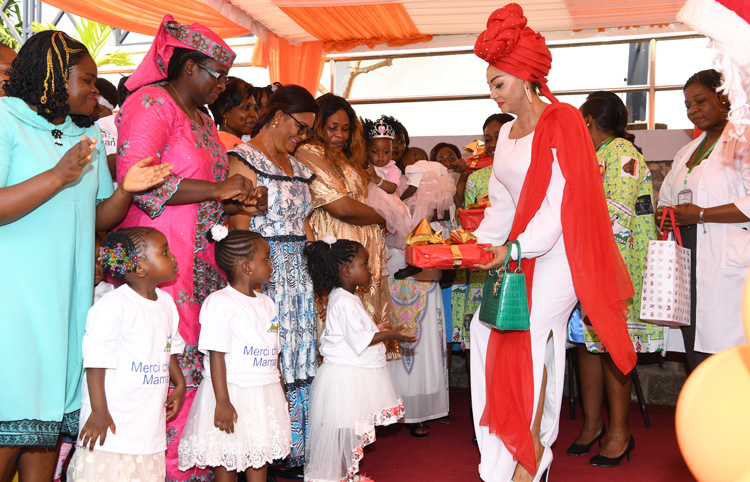 A group of women who delivered their babies at the Applied Research, Endoscopic Surgery and Human Reproduction Hospital Centre (CHRACERH) paid tribute to First Lady Chantal BIYA on 21 December 2019. This was during the traditional tree lighting ceremony at the premises of the institution that became fully operational in 2015. 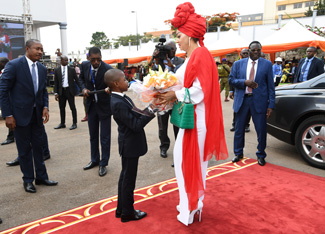 Their spokesperson, Mrs Kana Y – who put to birth for the first time at the age of 53 – thanked Mrs Chantal BIYA and her spouse – President Paul BIYA for the realisation of CHRACERH and their continuous support for its proper functioning. She acknowledged the technical expertise of the staff and their significant contribution to innovative healthcare in Cameroon.

All the happy mothers who have given birth through in vitro fertilisation (IVF) in CHRACERH seized the opportunity to offer a statute of Our Lady of Mount Carmel to the First Lady – as a gift of gratitude. 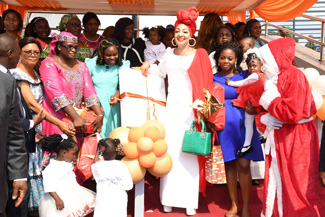 This was followed by the distribution of Christmas presents to children delivered at CHRACERH and those of staff members. Mrs Chantal BIYA also made a tour of the hospital centre to commune with the staff, occupants of the maternity ward and their babies.

170 women have benefitted so far from the IVF technique through the general coordination of Professor Jean Marie Kasia, Director General of CHRACERH. It was also reported that their children are growing strong and healthy.