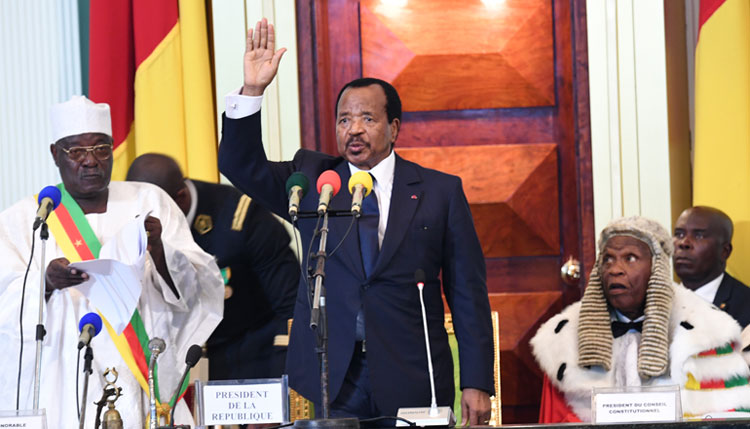 His Excellency Paul BIYA has been sworn in as President of the Republic of Cameroon. This was during a solemn session at the National Assembly on Tuesday 6 November 2018. 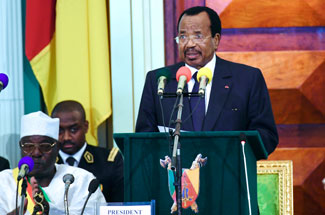 The Head of State made an appealing inaugural address in which he outlined key policy reforms of the new mandate – dubbed “Great Opportunities”.

President Paul BIYA began with a message of gratitude to the Cameroonian people who renewed their trust in him. He made a review of the previous mandate; marked by security and economic challenges.

The Head of State promised to establish a veritable “agricultural revolution”, launch an Industrialisation Master Plan, and accelerate the decentralisation process.  He said measures will be taken as soon as possible to broaden the powers of local authorities in order to provide them with greater autonomy. 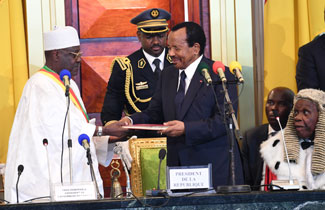 While addressing the socio-political situation in the North-West and South-West Regions, the President of the Republic stressed that he will “strive to restore peace and calm in the two regions concerned, with due respect for the institutions of which I am guarantor.” He called on armed separatists to drop their weapons or face the full force of the law and the determination of the defence and security forces.

The oath-taking ceremony was followed by military honours; with 101 gun salutes along the National Assembly and Unity Palace itinerary.

H.E. Paul BIYA was later decorated with the insignia of Grand Master of the National Orders.

Members of the Diplomatic Corps and National Dignitaries were accorded the privilege to have a handshake with the President of the Republic at the Ambassadors’ Hall of the Unity Palace. 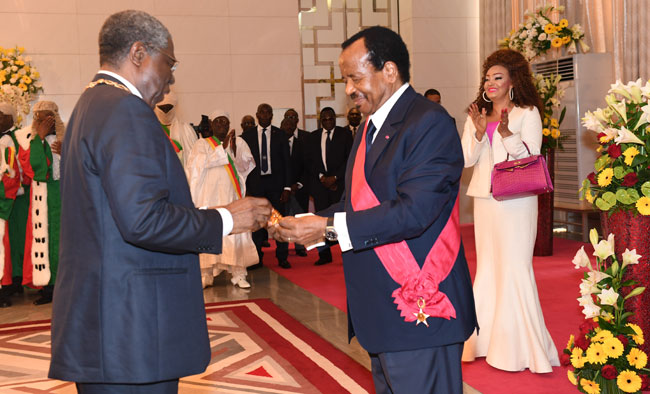