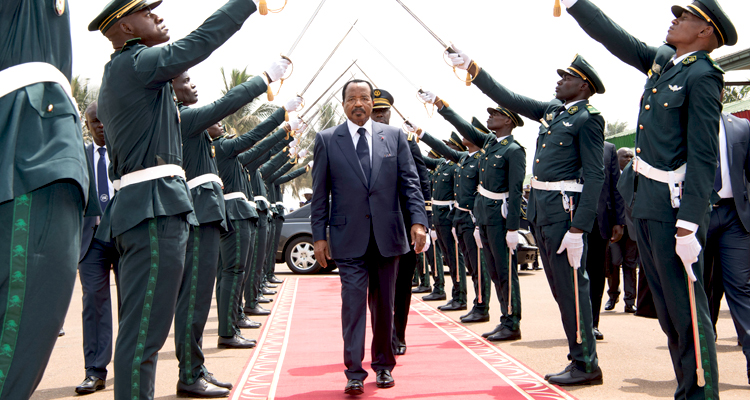 The President of the Republic, His Excellency Paul BIYA presided over the 36th graduation ceremony of the Combined Services Military Academy (EMIA) on 18 January 2019. 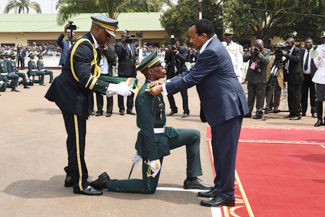 This marked the end of the 36-month training for the batch, which was christened: “Unity and Diversity”; in reference to the socio-political situation in Cameroon.

It was an honourable day for the 174 graduating cadet officers and the entire nation as the former received their epaulets at the ceremonial ground of the Headquarters Brigade in Yaounde.

The best cadet officer, Lieutenant Mboum Edinguele Davy Gildas was decorated by the Head of State and Commander-in-Chief of the Armed Forces. His comrades got their attributes from the Minister Delegate at the Presidency in charge of Defence, the Secretaries of State in the Ministry of Defence, Generals and other high ranking military officers. 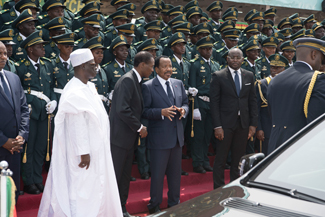 In a motivational speech, H.E. Paul BIYA congratulated the cadet officers for their courage. He painted a perfect picture of the current security challenges and urged the new set of lieutenants and second lieutenants to be devoted like their predecessors.

The Head of State cautioned them to respect virtues such as bravery, discipline, rigour, loyalty and professionalism in the exercise of their exalting and noble task.

President Paul BIYA equally paid a special homage to all the fallen soldiers whom he described as Cameroonian heroes.