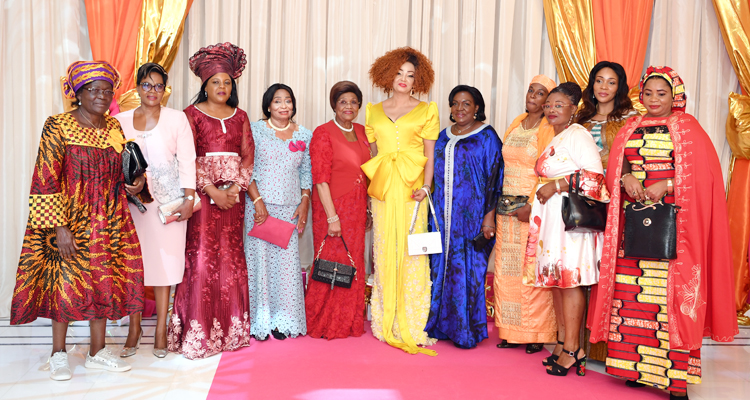 The First Lady, Mrs Chantal BIYA received 2019 New Year wishes from the spouses of members of the Diplomatic Corps and National Dignitaries on 10 January 2019. 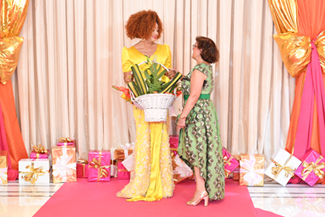 This colourful and lively ceremony was organised at the East Wing of the Unity Palace. A convivial exchange of courtesies with the wives of the Diplomats accredited to Cameroon opened the event. The guests presented a bouquet of flowers to Mrs Chantal BIYA and conveyed best wishes for good health and success in her humanitarian activities in 2019. The special bouquet was handed over by Mrs Annie Biffot, whose husband is the Dean of the Diplomatic Corps and the Ambassador of Gabon to Cameroon. 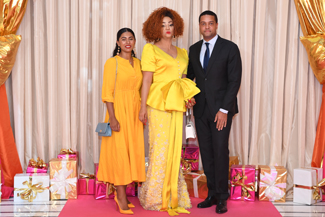 This was followed by a series of handshakes and photographs with Mrs Chantal BIYA. A total of 27 other delegations, made up of the wives of the national constituted bodies, and special guests presented their best wishes to the First Lady. Amongst the delegations were the wives of some members of the ruling CPDM, members of CERAC, staff of CHRACERH and those of the Chantal BIYA Foundation, representatives of some NGOs, and indigenes of the Baka-Bororo communities.

Mrs Chantal BIYA was accompanied throughout the ceremony by the wives of the close collaborators of President Paul BIYA. 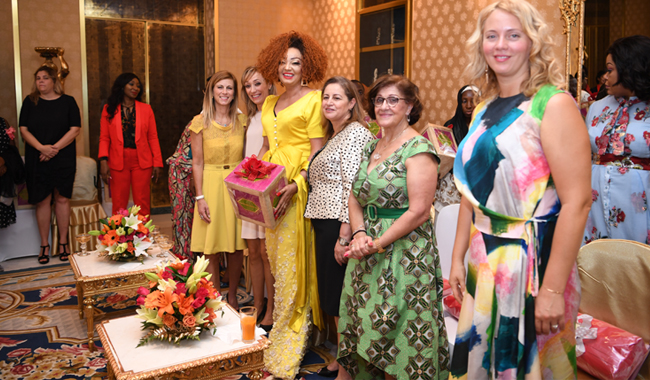 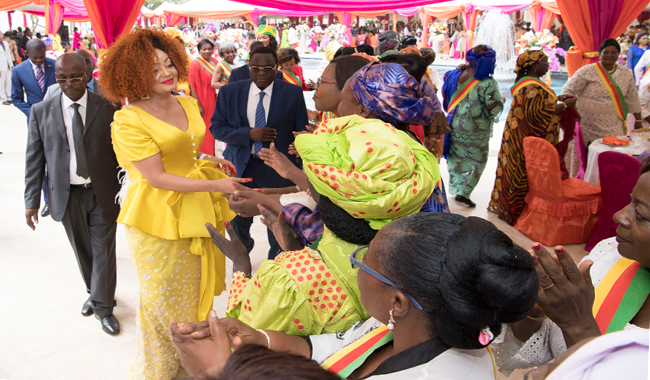