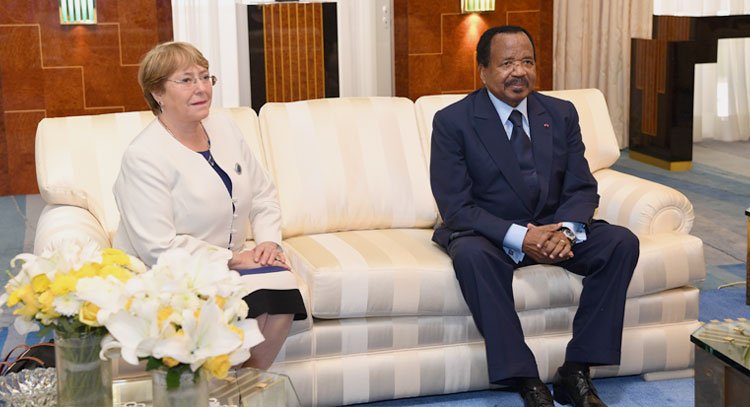 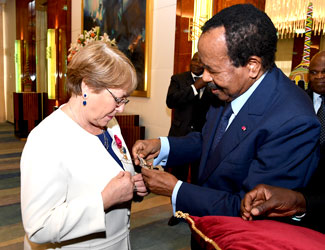 Speaking to journalists after the audience, Her Excellency Michelle Bachelet revealed that she had a good conversation with President Paul BIYA.

“I had a meeting with the President on all the different situations that the country is still facing on peace and security, development, and human rights,” she said.

The UN Diplomat added that their discussion was hinged on how the Office of the High Commissioner for Human Rights (OHCHR) can support Government efforts in the continuous respect, promotion and protection of human rights.

President Paul BIYA decorated H.E. Michelle Bachelet with the medal of Grand Officer of the National Order of Valour.