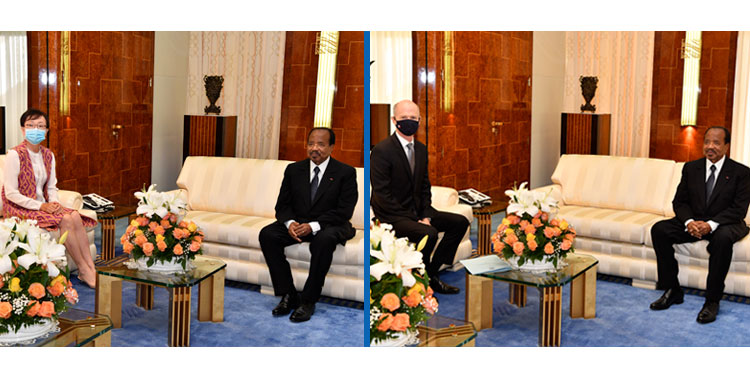 The enhancement of bilateral ties between Yaounde and Paris was at the core of discussions between the Head of State and Ambassador Christophe Guilhou.

In a briefing with reporters at the end of his meeting, the French Diplomat said he had an extensive conversation with President Paul BIYA on a Franco-Cameroon strategy to curb the spread of the novel coronavirus pandemic – COVID-19.

The evolution of the socio-political situation in the North-West and South-West Regions, and the respect of human rights in Cameroon were equally reviewed by both personalities.

This was followed by a farewell audience with H.E. Bok-Ryeol Rhyou. The South Korean Diplomat presented her Letters of Credence on 5 July 2018. Cooperation ties in the health and education sectors were greatly reinforced during her stay in Cameroon.