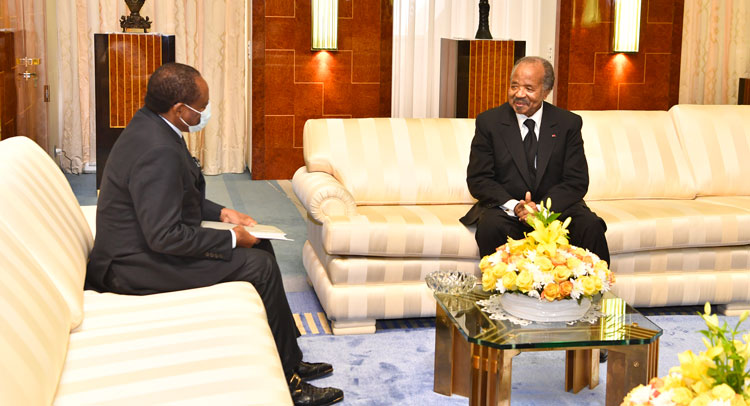 This was during a one-hour audience granted to the Equatoguinean Minister of State for Regional Integration, Baltasar Engonga Edjo at the Unity Palace.

The special envoy from Malabo briefed reporters at the end of his meeting with the Head of State – current Chairperson of the Conference of Heads of State of the Economic and Monetary Community of Central Africa (CEMAC).

Minister Baltasar Engonga Edjo said the sealed message from his boss is aimed at strengthening the friendly and brotherly ties that exist between both countries at the bilateral and multilateral levels.

It was revealed that Cameroon and Equatorial Guinea have agreed to construct a bridge over the Ntem River. This joint infrastructural project will facilitate development, improve trade and act as a catalyst for sub-regional integration within the CEMAC zone. 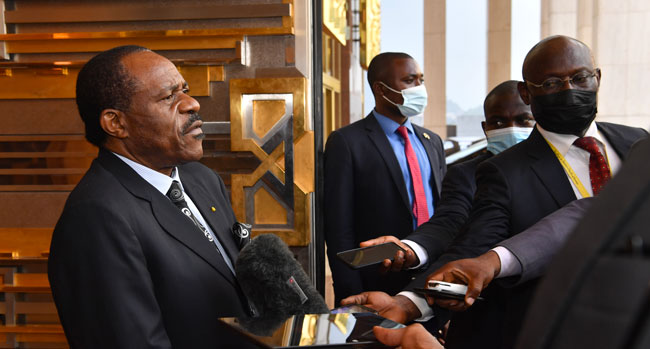