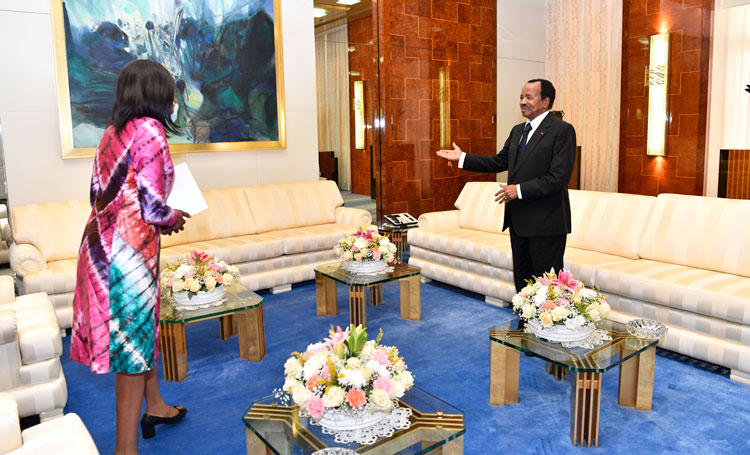 The President of the Republic, His Excellency Paul BIYA met with H.E. Sylvie Baïpo-Temon, Minister of Foreign Affairs of the Central African Republic on 10 February 2021 at the Unity Palace.

She was bearer of a sealed message from President Faustin-Archange Touadéra to his Cameroonian counterpart.

President Paul BIYA and his guest equally reviewed the excellent and long-standing bilateral ties that exist between Yaounde and Bangui.

Speaking to reporters after the one-hour audience, Minister Sylvie Baïpo-Temon lauded the strategic role played by Cameroon for the progressive return of socio-political and economic stability in the Central African Republic.

Cameroon has contributed immensely towards the effective functioning of the UN peace mission dubbed the United Nations Multidimensional Integrated Stabilisation Mission (MINUSCA). She also serves as the main transit for Central African exports and imports, and host to hundreds of thousands of refugees.

Foreign Affairs Minister Sylvie Baïpo-Temon equally highlighted the current security challenges following the December 2020 presidential elections and stressed on the importance of continued solidarity among member States of the sub-region. 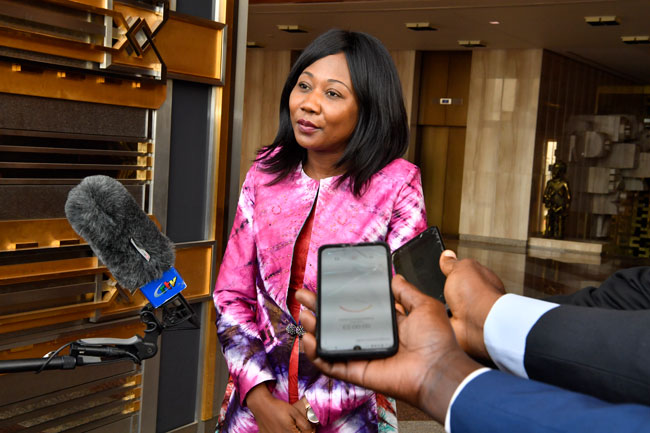